Am I Married To A “Gaslighter”?

Gaslighters are not born, they are made. They either are groomed into gaslighting in childhood by another gaslighter or they learn the “skills” of a gaslighter by observing others because of gaslighting works for them. Gaslighting is a psychological tool for manipulating others into adhering with a particular worldview. The more that worldview does not align with fact, the more massive the gaslighting. Adolf Hitler was an outstanding gaslighter for example. Are you married to a gaslighter? 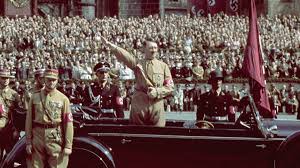 What Is Gaslighting Really?

In its simplest form, gaslighting is a means of controlling one’s experience of the moment in a relationship so that conflict stops and one feels in charge. Are you married to a gaslighter?

Sounds good in its raw form, but what’s missing from the description is the fact that it involves seducing or browbeating the other person or persons into a worldview that is unsupported by fact and/or action. The term gaslighting has some history, see our previous blog for more info.

Keeping Them On The Hook

Not Quite A Con But Just As Hurtful

Gaslighters often operate unconsciously, semi-aware of what they are doing. This is because to be an effective gaslighter, the gaslighter on some level needs to believe their own representations of the truth and the world, in other words, the gaslighter is in a deep state of denial., This is what makes the distinction between a con and a gaslighter. Con artists are completely aware of what the truth is and that they are misrepresenting it while gaslighters are more like idiot savants next to the con artist, mostly lost in their own blurring of truth and fiction. Are you married to a gaslighter?

Things They Will Say

The following is a list of phrases you may hear from a gaslighter:

“Why are you always so sensitive?”

“You are just being insecure (again). “

“You sound crazy do you know that?”

” Nobody believes you, why would they? Why should I? “

“ You’re just trying to throw me off track!”

“Kidding, I was just kidding!”

“Why are you being so dramatic?”

“Don’t get so worked up”

“I’m doing all this for you”

Now, these statements on their own are not that unusual in any relationship, but if they are coming up consistently and in particular associated with money, sex, habits, families of origin, then they may be the hollow exclamations of a gaslighter.

Lastly, though gaslighters do tend to be men, we are seeing a rise in female gaslighters, particularly if they are A-type personalities competing fiercely in the work world. Are you married to a gaslighter?